The installation consists of montage of Emanuel’s life in Norway up against his journey back to Liberia. Both videos are visible at the same time and the public chooses which soundtrack to listen to while seeing both Norway and Liberia. On the wall a poster with information on the case, and in the next room the film Imagining Emanuel is screened. While Out of Norway is strictly from Emanuels point of view, in Imagining Emanuel he is viewed from a distance by the filmaker and the Norwegian bureaucracy.

Shot exclusively by refugee Emanuel, as he smuggles himself “the other way”: out of Europe and into Africa. Emanuel gives his unique perspective on modern life and as he invite us on his escape from Europe. He stayed in Norway for 10 years without a residence permit but also without any legal way to return to his home country, as Norwegian authorities did not believe his origin. Still Emanuel received the Norwegian “Governments Human rights price” for the previous film “Imagining Emanuel”, and with this money he smuggled himself “Out of Norway” and back to Liberia to start a new life.

Out of Norway also screened at Museum of Modern A rt NY and received the UNHCR award at FIFDH Paris 2016. Get the film at DocAlliance. Read an in-depth article at Rushprint.

Video from Norway and from travel to Liberia projected in a corner. Audience choose the soundtrack: 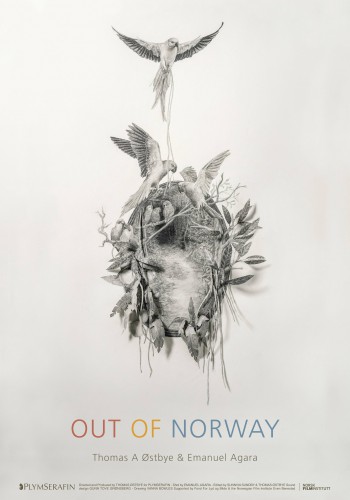 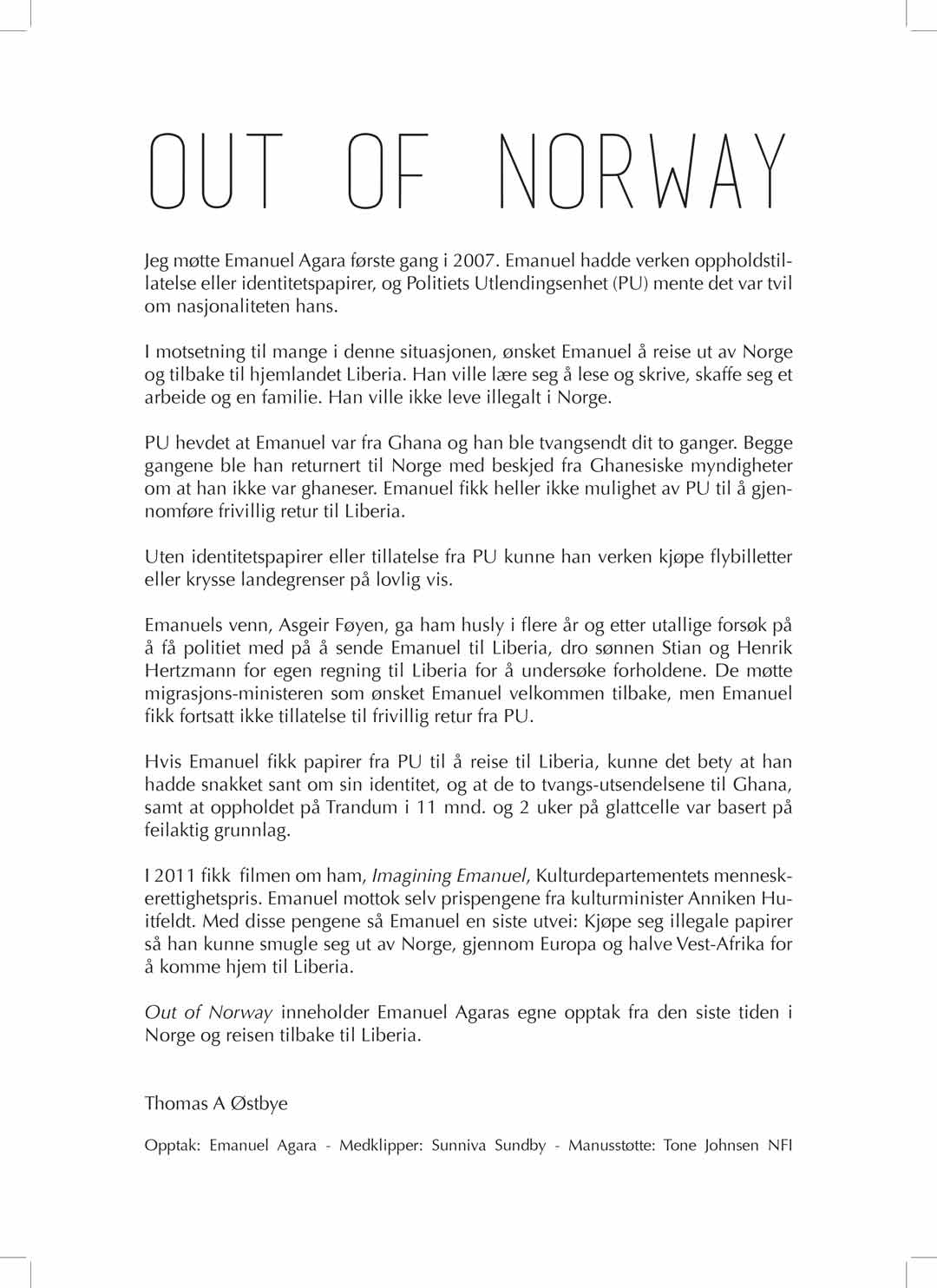